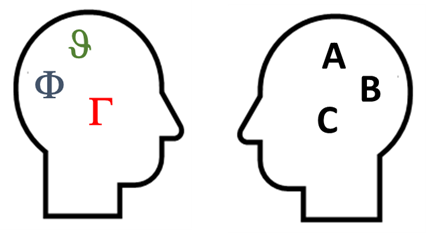 My wife and I recently watched "Hidden Figures," a film about three African American female mathematicians who were the brains behind some of NASA's remarkable achievements during the early years of the US Space Program. As we tried to fathom how difficult it must have been for them to have a voice in the early '60s, Camila observed how racism is not always intentional and how we can all fall prey to judging based on attributes and differences.

Her comment reminded me of the many articles I have read around unconscious bias on gender or race, and yet I am still to see a serious discussion about Communication Bias - or what I amusingly call "Communication Illiteracy."

"Communication Illiteracy" is a negative predisposition for diverse ways of expressing ideas, typically caused by low or nonexistent awareness and tolerance to other cultures. Communication illiterate managers rush to judge others as "poor communicators" and even as "low performers" if they do not immediately understand how they present their ideas. In my two decades of international work, I have witnessed several cases when illiterate communicators claim folks from other cultures to be deceitful or untrustworthy, driven solely by their own lack of multicultural communication skills.

Let me illustrate this with an example. Take Hispanics or Italians, who characterize by a "High Context" communication style where details are essential (tell me all the details first!). On the opposite side, we have the US or UK, two "Low Context" cultures where concise and direct communication is critical (get to the point now!).

Now imagine Christopher Columbus (Italian – High Context) trying to sell the Queen of England ("Low Context") on the idea of an expedition to America (as he, in fact, tried). Likely, Mr. Columbus would have been beheaded or imprisoned before getting his point across - and America would probably be called something else.

I frequently hear Headquarters and Regions complain about mutual lack of transparency, eroding trust, and creating silos that undermine international efforts. Nevertheless, it has been my experience that multicultural training can address eight out of ten situations like this.

I believe that similar communication discrepancies occur between men and women, widening pay and opportunity gaps. I also think that these differences can be bridged with more institutional education and awareness around the different gender styles and approaches. What do you think?